Covid vaccines/negative tests are required to enter our building. Review our detailed policy before your visit: http://www.sct.org/safety.

Get Ready For… Fairytale Farce!

Wolfgang, the greatest actor in the world, is preparing for the performance of his lifetime in the “true story” of Red Riding Hood when a delivery driver carrying a mysterious package interrupts his rehearsal. She boldly calls into question Wolfgang’s story, adamant that he should only tell the classic tale. As their story flourishes, a madcap romp through the popular fairy tale ensues. This lively adaptation is full of surprise and packed with wolf-sized humor, and reminds us that when something is important, bravery knows no bounds.

The ASL Interpreted Performance for Red Riding Hood is February 12, 2022 at 1 p.m! Central to Seattle Children’s Theatre’s mission is a commitment to serving diverse communities including the Deaf and Hard-of-Hearing. Tickets for American Sign Language-interpreted performances are available throughout the season online or through the box office at (206) 441-3322 once tickets go on sale.

Central to Seattle Children’s Theatre’s mission is a commitment to serving diverse communities including those with low vision or blindness. To request this service, please contact the Ticket Office at tickets@sct.org or 206.441.3322.

The Sensory Friendly/Relaxed Performance of Red Riding Hood  is February 20, 2022 at 11 a.m! We are pleased to present this special performance giving children and families a world-class theatre experience modified for those with sensory needs. It’s part of our mission to provide youth of all ages access to professional theatre. We understand every child is different, and strive to make this a successful trip for everyone. Tickets for sensory friendly performances both in person and digital will be available throughout the season online or through the box office at (206) 441-3322 once tickets go on sale.

“I’m always looking at old stories and how they relate to today’s questions and challeng­es; it felt like the exact right moment to explore Red Riding Hood and the beliefs and biases the fairytale perpetuates.” 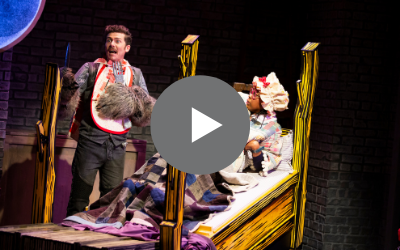 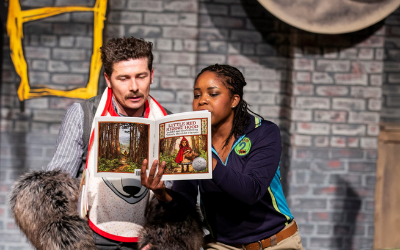 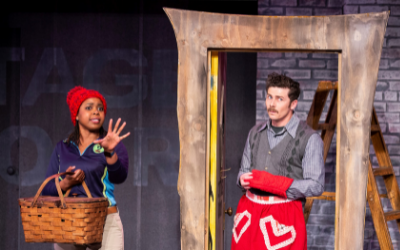 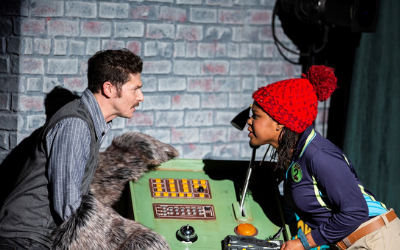 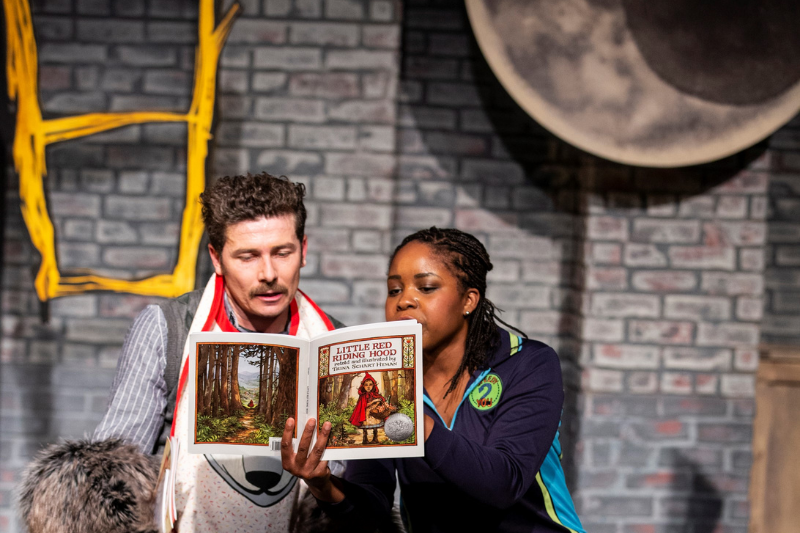 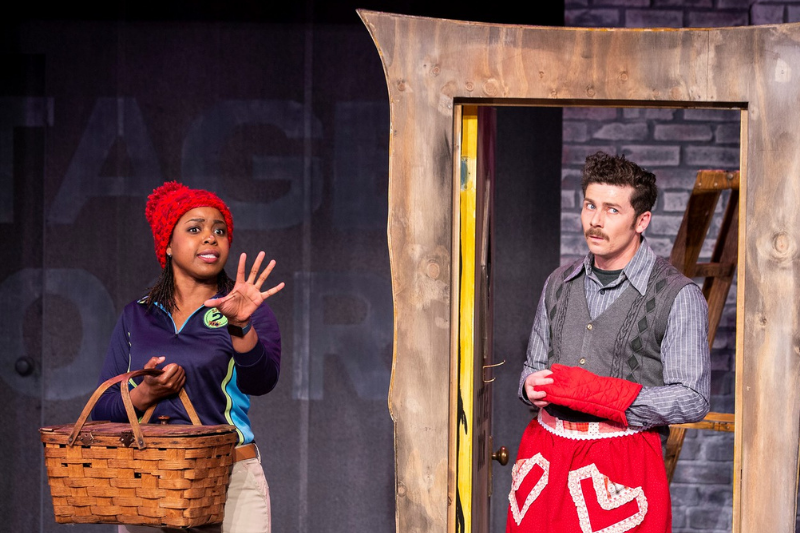 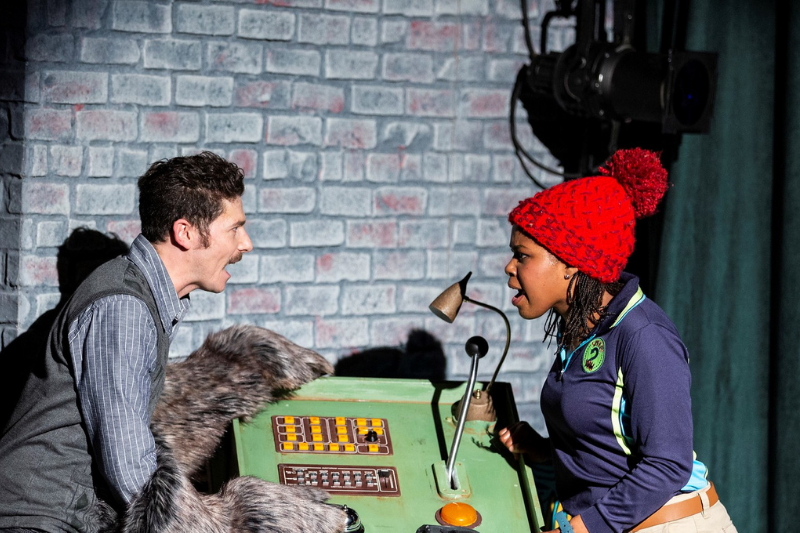 We are excited to offer you Active Audience Guides. These guides provide comprehensive articles, activities, and discussion questions for each of our shows. 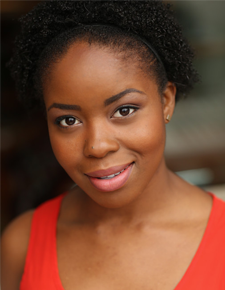 Claudine Mboligikpelani Nako  Claudine Mboligikpelani Nako is an actor, writer, director, and member of ACT Theatre’s Core Company. She recently played Mrs. Cratchit in A Christmas Carol at ACT, and served as Associate Director for Village Theatre's production of Songs for a New World. Other credits include Snow White in Snow White (SCT), Lucy in Dracula (ACT), and Rosalind in As You Like It (Rep). Nako received Gregory Awards for her work in Little Bee (Book-It) and My Heart is the Drum (Village). Film/TV credits include Grimm (NBC); Three Busy Debras (HBO); Everything Sucks!, Raising Dion, and Outside In (Netflix). 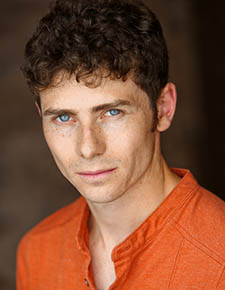 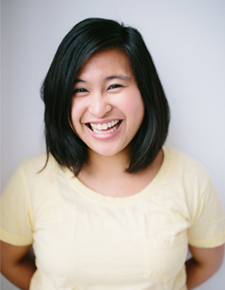 Annelih GH Hamilton (pronouns: she/her) Annelih GH Hamilton. As a Filipina/x-American actor, storyteller, and lifelong learner, Annelih believes representation matters and is grateful to return to theatre with Seattle Children’s Theatre’s Red Riding Hood! SCT Credits include: Snow White, Black Beauty, and The Lamp is the Moon. Annelih has a MFA in Theatre from University of Florida and a BFA in Theatre Performance from Chapman University.  You can connect with Annelih via @jamwitha.ham on Instagram. Many thanks to the Red Riding Hood Team. Honored to once again play in Nako’s & Neddersen’s footsteps! Gratitude and love to Joshua, Walter, Mama, and Papa. For Hanneli. #LoveWillRipple 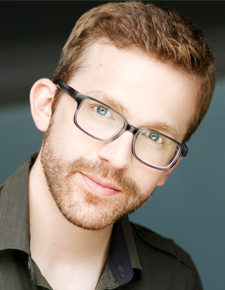 A husband and a father of four, Eric is a Seattle-based actor/director/coach, and he is honored to be back at SCT. As an actor, his credits include: Broadway: First Date. Seattle credits include: Holiday Inn, H2$, Oklahoma!, RENT, Into the Woods, (The 5th Avenue Theatre);  As You Like It, Come From Away, The Time of Your Life, Rejoice! (Seattle Rep); String, Annie, The Secret Garden, Girl of My Dreams, The Gypsy King (Village Theatre); Bloomsday (ACT); and Peter Pan (Seattle Children’s Theatre). Love to M, E, G, F, and O.

Allison’s play commissions by SCT for their young audiences include GO DOG. GO!, which she co-adapted from the P.D. Eastman book with Steven Dietz; PETER AND THE WOLF; and BREMEN TOWN MUSICIANS. Her widely produced adaptations of JUNIE B. IN JINGLE BELLS, BATMAN SMELLS!; JUNIE B. IS NOT A CROOK; and JUNIE B., TOOTHLESS WONDER from the popular book series by Barbara Park have been enjoyed nationally. Her award-winning play EVEN STEVEN GOES TO WAR was developed at the Kennedy Center and premiered at Childsplay, Inc., and her adaptation of RONIA, THE ROBBER’S DAUGHTER, from the Astrid Lindgren book has been seen internationally. Allison was recognized this year by TYA USA as “One of the 10 Most Produced TYA Playwrights”. Her plays are published by Playscripts, Smith & Krauss, Dramatic Publishing, and Rain City Press. Allison splits her time between friends and family in Seattle and Austin. http://allisongregoryplays.com/

Matthew Smucker Matthew Smucker is pleased to return to SCT, where previous designs include Brooklyn Bridge, The Wizard of Oz, Harold and the Purple Crayon, In the Northern Lands, Hamlet, Jason and the Golden Fleece, The Secret Garden, The Gingerbread Man, and The Outsiders. Smucker’s work has appeared locally at The 5th Avenue Theatre, Seattle Repertory Theatre, Seattle Opera, Intiman, Seattle Children’s Theatre, Village Theatre, Book-It, Strawberry Theatre Workshop, New Century Theatre Company, and Annex Theatre, among others. Smucker is a Professor at Cornish College of the Arts, received his M.F.A. from the UW School of Drama, and is a proud member of United Scenic Artists.

Sarah Burch Gordon has been designing costumes in Seattle since 2005. She is beyond delighted to be designing Red Riding Hood. Other local favorite designs include: Balloonacy at SCT; Dracula, The Trial of Ebenezer Scrooge, Jane Eyre, and Persuasion at Taproot Theatre Company; and A Midsummer Night’s Dream at Edmonds Community College. This season, she will be designing costumes for The Best Summer Ever as well. Other than the pandemic induced sabbatical, she has been the Costume Shop Head here at SCT since 2017.  Prior to that, she worked at Taproot Theatre Company as their Resident Costume Designer and Costume Shop Manager. Before moving to Seattle, she taught Costume Design at Mars Hill University in North Carolina. Other regional credits include working at Southern Appalachian Repertory Theatre, StageWest Theatre, and Venture Theatre Company. She is a two-time Gregory Award nominee and received her MFA in Costume Design from Temple University. In addition to being a costume designer, Sarah is an artist, writer, editor, and fairy godmother extraordinaire. Roses and parsnips to CLM.

Connie Yun Connie Yun has previously been at SCT for “Snow White,” “Black Beauty” and “The Miraculous Journey of Edward Tulane.”  Most recently, local designs include “Don Giovanni” for Seattle Opera and Disney’s “Beauty and the Beast” for 5th Avenue Theatre.  Other recent designs include “Lucia di Lammermoor” for Madison Opera, “Tosca” for Portland Opera, and the world premiere of “The Rise and Fall of Holly Fudge” at Merrimack Repertory Theatre. She has also previously designed for ACT, Seattle Rep, On the Boards, Tacoma Opera, Pacific Musicworks, The Cabiri, Cornish College, Bellevue College, University of Puget Sound, San Francisco Conservatory of Music, Kentucky Opera, Arizona Opera, Minnesota Opera, and Canadian Opera Company.  Upcoming projects include “The Elixir of Love” for Palm Beach Opera, “The Thin Place” for ACT, and “The Marriage of Figaro” for Seattle Opera.

Musse Barclay Musse Barclay is an actor and filmmaker currently living in Seattle. His monologue portraying Becker from August Wilson’s stage play Jitney earned him a spot in the National August Wilson Monologue Competition in 2020. His proudest moment as a director was bringing the stage play The Laramie Project to life in his community in support of the Matthew Shepard Foundation. Musse is thrilled to have the opportunity to work with the brilliant cast and crew of the Seattle Children’s Theatre production of Red Riding Hood.

Cristine Anne Reynolds  Select work at Seattle Children’s Theatre (over the last 21 seasons) includes: Black Beauty, Go Dog. Go! (2012 & 2017) Robin Hood (2011 & 2015), Getting Near to Baby, The 100 Dresses, and If You Give a Mouse a Cookie. Locally she has stage managed for Seattle Repertory Theatre (20 seasons), Seattle Opera (29 seasons) including assistant stage managing Seattle Opera’s Ring Cycle from 1995 – 2013. Thank you to the parents, grandparents, caregivers, guardians and teachers for giving the gift of live theatre to the young theatre attendee sitting next to you.