Due to the COVID-19 pandemic, TAC is temporarily paused to provide space for our committee members to focus on their classroom education and support the community. We will resume in late fall once educators have settled into the school year. For questions or more information, please contact Director of Education, Johamy Morales at johamym@sct.org. 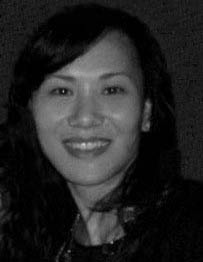 Ana currently is a homeschooling parent educator. She has previously worked in public health and in software project management. Ana loves theatre and has a passion to help others. She also enjoys sewing and photography. 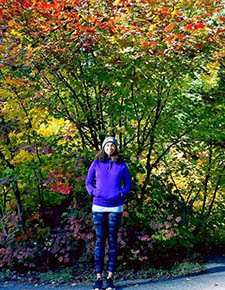 Antonia Woods is a 5th Grade Teacher in the Seattle School District who is impassioned by race and equity issues. She grew up in Washington and has a love of the outdoors. She has always enjoyed theatre as both an audience member and as a performer. 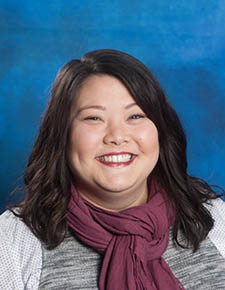 Danise Heisey has been an educator of deaf and hard-of-hearing students for ten years. This is her ninth year at Northwest School for Deaf and Hard-of-Hearing Children (NWSDHH) and her first year as the Education Coordinator. She has worked with d/hh students in oral/aural programs using cued speech, in bi-bi or total communication programs using ASL/English, and now usngSigning Exact English (S.E.E.) and simultaneous communication (voice/sign) at NWSDHH. Her professional passions include: supporting teachers, teaching reading to d/hh kids, and working with families who speak Spanish. She also does home visits and teaches parent S.E.E. classes in Spanish. Outside of school, Danise enjoys exploring all that Seattle has to offer with her husband of one year, Jeremy. They have a cat who made the move with Danise from the Central Valley of California. Her husband introduced her to board games and how to lose graciously. They also try to visit their families in California and Pennsylvania whenever possible. Danise started attending Seattle Children’s Theatre performances with NWSDHH 8 years ago as part of their field trip program , and was in awe of the quality of the productions! Three years ago she asked if plays could be interpreted by our NWSDHH staff to provide S.E.E. transliteration for their younger classes. She appreciates that SCT had the conversation that has led to greater language access for her students 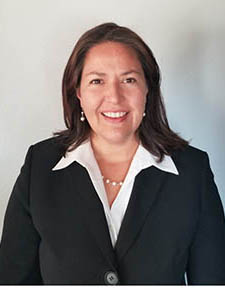 Dr. Rosa M. Villarreal is a thoughtful, active member of the Kent, WA/ community whose goal is to support students’ academic success both now and in the future. Rosa has worked in education since 1989, where she advanced student learning in Texas with the Houston, Lubbock, Austin, and Round Rock Independent School Districts. She moved to Washington State in 2011 where she has worked as the Director of Multilingual Education in the Kent School District and currently serves as the proud Principal of Kent Elementary School. During her career in Education, she has had a wide variety of roles including substitute teacher, teacher, instructional coach, principal, coordinator, director and executive director. . She earned her bachelor’s degree in 1988 from the University of Texas in Liberal Arts with emphasis is Spanish and French. She earned both a Master’s degree from the University of Houston Clear Lake and a Doctoral degree from the University of Texas in Austin with a concentration in Education Administration. Rosa’s doctoral treatise focused on financial equity and accountability in the Texas school system. Dr. Villarreal has won several awards including the University of Texas at Austin Superintendent Program Nolan Estes Ascendancy Award and the Kent School District Administrator of the Year award in 2012. She also had the opportunity to direct the Dual Language Special Interest Group at the National Association of Bilingual Educators conference in 2011. 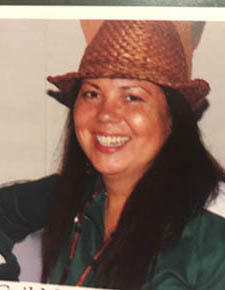 Gail T. Morris, is NuuChahNulth FN, Ahousat Band. She started her career as the Title Vll Coordinator in the Edmonds School District #15 for six years and taught 5th grade for her practicum. She has also worked for the Muckleshoot Indian Tribe at the Muckleshoot Tribal School where she taught fourth grade for four years. While there, she was on the Leadership Team, Accreditation Team, PLC Leadership Team, and was an Instructional Team Leader for grades 3-5, a Since Time Immemorial Tribal Sovereignty Curriculum Trainer, was part of the Culture and Language Leadership Team, and was the Middle School Co-ed Soccer Team Coach. Gail also worked at the Muckleshoot Tribal College as the Muckleshoot Occupational Skills Training (MOST) Instructor. She also participates in Tribal Journeys and travels with her canoe family on Vancouver Island, BC. 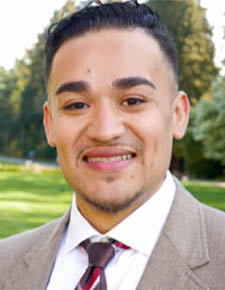 German Moreno is originally from Massachusetts and moved to the Seattle area about three years ago. He received his Master’s in Education from the University of Washington through the Seattle Teacher Residency, which concentrates on preparing educators to work in high poverty schools with a specific focus on equity and social justice. He is currently in his second year of teaching and teaches 4th grade at Lowell Elementary. 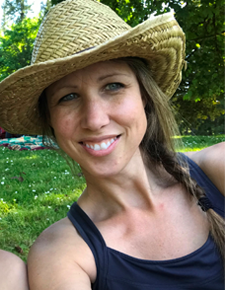 Jen has homeschooled for five years and is the mother to four boys. She has been a part of various Seattle Homeschool Groups. Jen and her family enjoy hiking, fly fishing, skateboarding and being with friends. 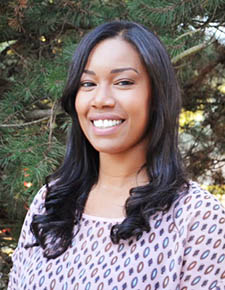 Kyla Crawford is a 4th grade teacher in the Tukwila School District, the mother of amazing twin boys and an aunt to her wonderful niece. She has been working professionally with children for the past 14 years. She has worked with students of all ages students. She has been a dance teacher, a gymnastics teacher, a Sunday school instructor, and an ESL teacher. She has also operated after-school programs, developed summer programs, advised the Black Student Union, and worked as a paraeducator and a classroom teacher. Kyla is passionate about children gaining opportunity and access to achieve success. To that end, she has facilitated conference workshops, discussions and presentations for educators to develop authentic relationships and intentionally advocate for our most vulnerable student populations. When she is not working with students in the community, Kyla enjoys creating jewelry, writing poetry, reading or being in a dance or karaoke competition with her children. 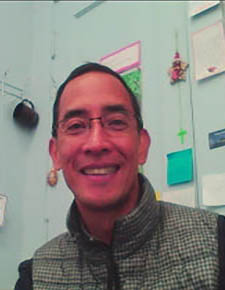 Leo Lazo is the 3rd Grade teacher at St. Therese Catholic Academy in the Madrona/ Central Area neighborhood of Seattle. He has 15 years of experience as a classroom teacher, 13 of which he has spent at St. Therese. Before becoming a teacher, he worked in positions related to publications. He earned his Teaching Certificate through Seattle University’s Master in Teaching Program, and his Bachelor Degree is from the University of the Philippines, Quezon City campus. He moved to the U.S. about 25 years ago from the Philippines where he was born and raised—specifically in the province of Ilocos Norte, which makes him a “Ilocano". He and his wife have a son who is a UW Alum and who is currently in grad school in Arizona. When he has free time, Leo enjoys gardening, crafting and making, reading, cooking, sleeping-in and taking walks. 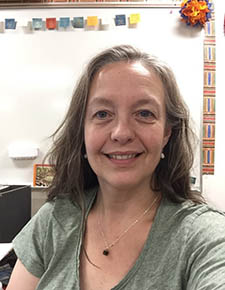 Margaret Bradford is a professional violinist, organic farmer, educator and diversity/equity/inclusion practitioner originally hailing from Washington, D.C. She is honored to be leading the middle school queer-straight alliance at The Evergreen School. She has loved Seattle Children’s Theatre ever since she has moved to Washington 25 years ago, and she is excited to be able to contribute to this wonderful community. 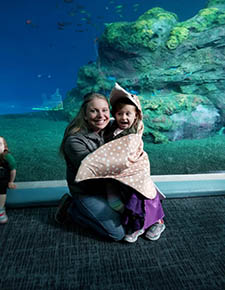 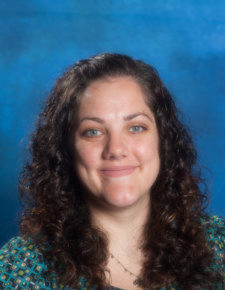 Born to a mom who has her Master's in performing arts theatre, Sheila has grown up in, at and around the theatre. She has fond memories of listening to musicals on repeat on her family's record player. Now as an adult, Sheila has her Master's in Deaf Education and has been a Teacher of the Deaf for ten years. Sheila has worked with children across a variety of hearing levels, technology, and communication methods and currently she works for Northwest School for Deaf and Hard of Hearing Children. When she is not working, Sheila enjoys swimming in any water possible (despite the temperature), reading, adventuring with her Canine Companion puppies, and making up the soundtrack as she goes. 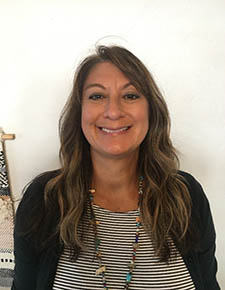 Stephanie May is a teacher at Muckleshoot Tribal School. She was born in Albuquerque, New Mexico and is Laguna Pueblo and Navajo from her father and is German from her mother. She came to Washington 23 years ago when she married the love of her life, and is the proud mom of two girls who are awesome human begins. Stephanie has taught Kindergarten through 5th grade for 20 years and has previously worked with the Tacoma School District, Maple Valley School District, and Chief Leschi Elementary School in the Puyallup School District. She loves teaching at the Muckleshoot Tribal School and she loves her students. Currently, 2nd grade is her preferred age group. When she isn’t teaching, Stephanie enjoys being outside—whether it’s biking, hiking, walking or boating. She also loves to read, play games, and see plays and musicals. 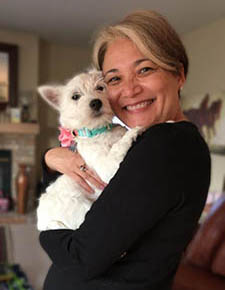 Urdene Rickard recently retired from St. Vincent de Paul School in Federal Way, where she served as a teacher, librarian and drama director for 23 years. While working at St. Vincent’s, she has enjoyed brining all of her students to Seattle Children’s Theatre’s productions every year!